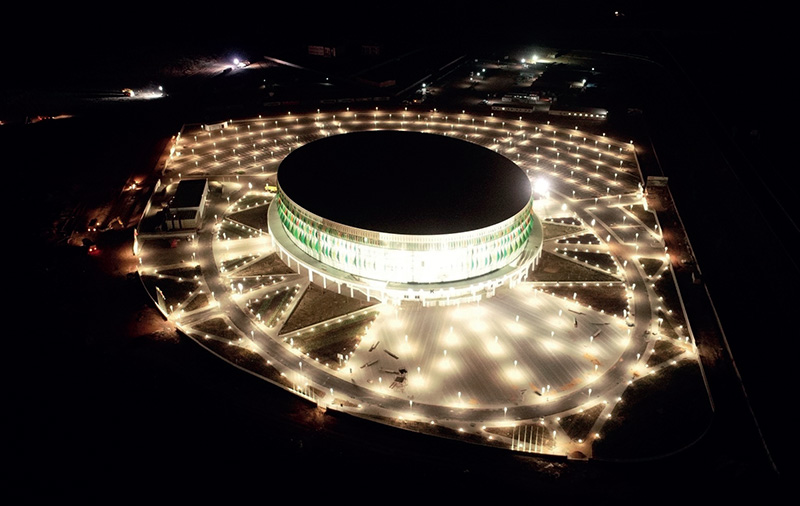 For Dakar Arena Opening Ceremony, made in 1st December 2018; 14 technical equipment, which were delivered by sea and airways, setup plans; visual design works, stage design and all the organization were made by our team.

For the setup of the planned event area, 152 Turkish technical personnel and 747 Senegal personnel were assigned between dates 3rd November and 5th December 2018.

For the stage and event area within Dakar Arena; 480m Truss system, 7840 m3 Scaff System, 450 m2 podium system within area, 580 m2 LED Screen in and out of the area for live broadcasting and visual presentations, 5200 m2 VIP carpet covering for indoors and outdoors and 10000 m2 tent system were built around Dakar Arena.

Throughout the event; other than the corporate design works and the preparation of animations in order to be used in LED screens; stage flow, light and audio management according to the movement plan and support of audio and display for live broadcasting were provided by Pera Event.

6 State Presidents, 10000 delegations, 1106 VIP guests were hosted throughout the event within Dakar Arena and 120.000 people in the outdoors.